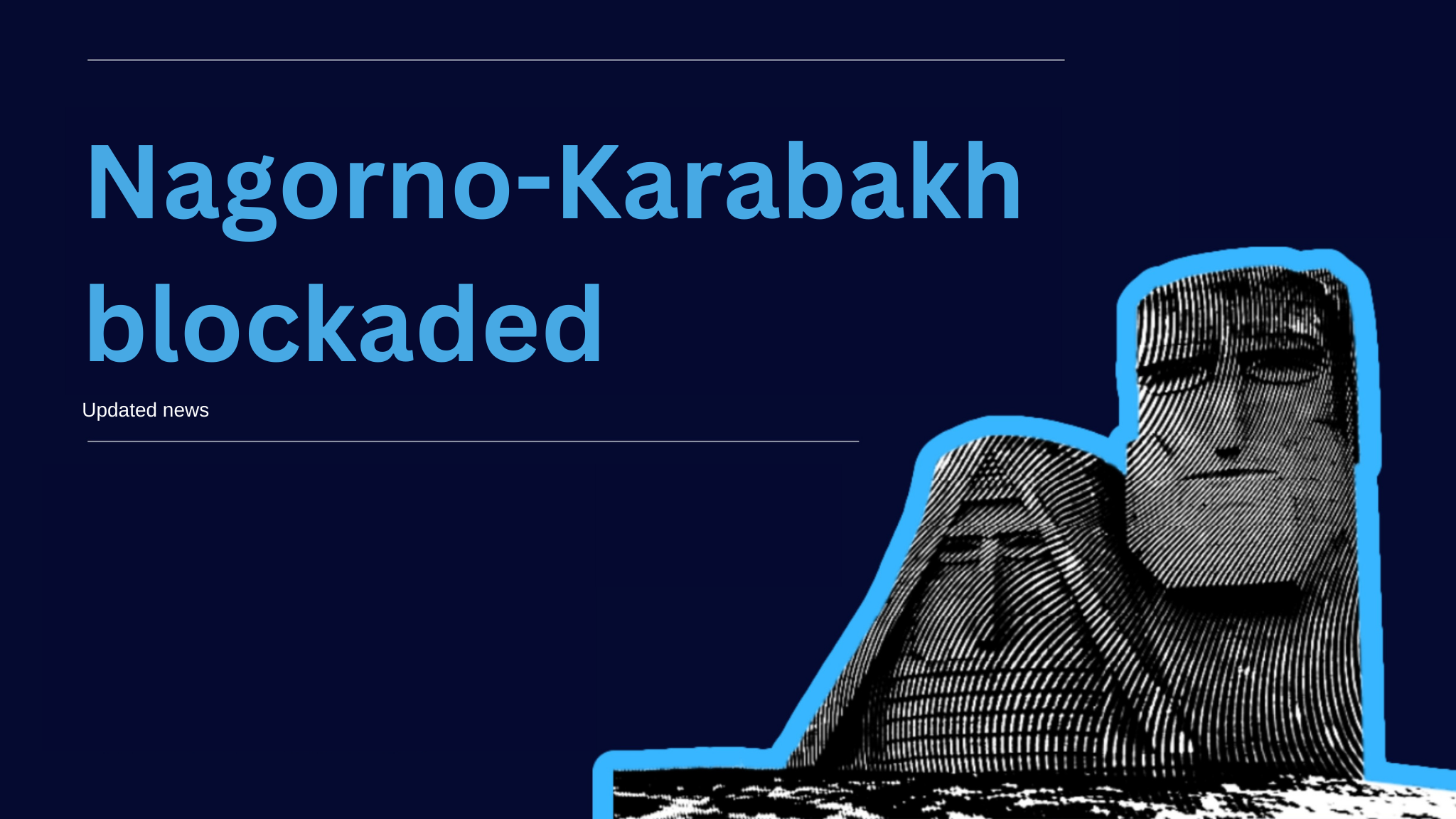 On 12 December, Azerbaijani civilians claiming to be ‘eco-activists’ descended on the Lachin Corridor, placing Nagorno-Karabakh under de facto blockade. With their lifeline to Armenia and the world cut off, some in the region fear a looming humanitarian crisis.

A critically ill patient died in Artsakh today, Artsakh’s Public TV reports. It was impossible to transport the later to Yerevan because of the blockade of Artsakh by Azerbaijan for eight days now. The patient had undergone hemodialysis for more than 15 years and had to be transferred to another medical center. At the moment, 92 patients are receiving inpatient treatment in the Republican Hospital of Artsakh, 11 are in the intensive care unit, and four are in critical condition. © Public Radio of Armenia

Patient with cardiac pathology being transferred from Stepanakert to Yerevan

Armenia’s Health Minister Anahit Avanesyan had a conversation with Hans Kluge, World Health Organization’s Regional Director for Europe. The Minister briefed the WHO representative on the humanitarian crisis unfolding in Artsakh. “I am in constant contact with Mr. Kluge and updating him about the situation regularly,” Avanesyan said in a Twitter post.

Late last night, I had a conversation with @hans_kluge , @WHO Regional Director for Europe, and briefed him about the humanitarian crisis unfolding in #Artsakh. I am in constant contact with Mr. Kluge and updating him about the situation regularly.

The gas supply from Armenia to the Republic of Artsakh resumed this morning three days after being cut by Azerbaijan, Artsakh’s InfoCenter reports. “Artsakhgas” informs that at the moment appropriate preparatory works are being carried out with Armenian partners in order to ensure gas supply. The gas is expected to reach customers in Stepanakert and in the regions later today.

European Court gives Azerbaijan time until 16:00 CET on Monday to respond to Armenia’s request for an interim measure

The European Court of Human Rights gave Azerbaijan time until 16:00 CET on Monday, December 19, to respond to Armenia’s request for interim measures; after the response, the court will make its final decision, the Office of the Representative of Armenia on International Legal Issues informs.

In accordance with the Statute of the International Court of Justice, Armenia has informed the Court about the blockade of the Berdzor (Lachin) Corridor by Azerbaijan and the violation of the rights of the Artsakh population. At the same time, Armenia has applied to the European Court of Human Rights requesting ECtHR to indicate interim measures against Azerbaijan and obligate Azerbaijan to unblock the Berdzor (Lachin) Corridor.

Planned surgeries in Artsakh were delayed due to blockade

Planned surgeries have been temporarily stopped in the medical facilities operating under the Ministry of Health of Artsakh due to the blocking of the road linking to Armenia and the cutoff of the gas supply.

Life skills. My path from participant…

Our second name is freedom. Milena’s…

Everything starts from one person and…

Hit enter to search or ESC to close